ABOUT ICABR
The annual conference of the International Consortium of Applied Bioeconomy Research (ICABR) is also in Kenya and the United States. This is the first time it will be in Latin America, recognizing the region as one of the most dynamic regions in the field of bioeconomy.

The leading researchers in the field of bioeconomy from Asia, Africa, Europe and the Americas to present the latest findings on the impacts of Bioeconomy and key technologies, to analyze and debate the policies that have been tried and provide policy options for the future. This is a very useful and effective network of people who are creating fruitful collaborations with the local academic sector.

ORGANIZERS
International Consortium on Applied Bioeconomy Research (ICABR), Inter-American Institute for Cooperation on Agriculture (IICA), Ministry of Agriculture, Livestock and Fisheries of Argentina are collaborating to organize this conference.

Leadership of the government of Argentina and IICA and the location of the meeting in Cordoba, Argentina I will be able to 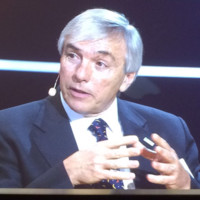 As of January 2020, Ruben is a Sr. Research Fellow at the International Food Policy Research Institute (IFPRI) based in Washington DC; and a Research Associate (non-resident) at the Latin-American Center for Rural Development (RIMISP) based in Santiago, Chile. Ruben is Director General Emeritus of the International Center for Tropical Agriculture (CIAT) based in Cali, Colombia. He led CIAT from 2009 to 2019 and in 2019 promoted the creation of the Alliance of Bioversity International and CIAT. In the mid-2000s Ruben was Executive Director of the Science Council of the CGIAR, based at FAO Rome. He worked in agricultural, environmental and rural development issues for more than a decade at the Inter-American Development Bank (IDB) in Washington, D.C. where he led the creation of FONTAGRO. In the late 1980s he worked on agricultural research policy issues and strengthening national research capacities in Asia, Africa, and Latin America, based at the International Service for National Agricultural Research (ISNAR) in The Hague. As part of his Ph.D. thesis, he conducted field research based at the International Maize and Wheat Improvement Center (CIMMYT) in Mexico. Ruben studied Agronomy at the University of Uruguay (B.Sc.) and Agriculture Economics at the University of Minnesota (M.Sc. and Ph.D.) with special emphasis on the economics of technical and institutional change.

Ruben has received leadership management training (Harvard, IMD) and belongs to several professional associations (IAAE, AIARD, EARN). He chaired the International Advisory Board of the Latin-American Center for Rural Development (RIMISP) for more than a decade. He is currently the Chair of the Scientific Advisory Board of the Catalan Institute of Food and Agricultural Research and Technology (IRTA), Spain.​ Brian Staskawicz, Innovative Genetics Institute, Scientific Director of Agriculture and Professor at UC Berkeley, is a newly elected Foreign Member of the Royal Society, the oldest national scientific institution in the world.

Staskawicz has made seminal contributions to the understanding of infection strategies of plant pathogens and defense mechanisms of plants. These include the cloning the first pathogen effector gene and cloning and characterizing one of the first plant NLRs (Nod-like receptors). Staskawicz and his colleagues also played a major role in establishing Arabidopsis as a model system to study the molecular basis of microbial recognition by plants and genetically dissect defense signaling pathways.
He currently leads IGI’s agricultural research program area and runs several IGI projects in his own lab, which include genome editing to improve crop performance, understand plant immunity, and more. Staskawicz is also a member of the US National Academy of Sciences and has been elected as a Fellow of the American Phytopathological Society and a Fellow of the American Academy of Microbiology. 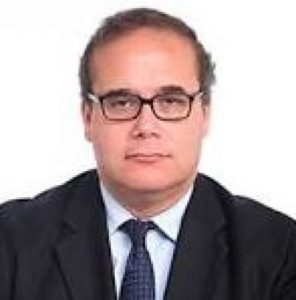 Dr. Máximo Torero Cullen is the Assistant Director-General, Economic and Social Development Department (ES) of the Food and Agriculture Organization (FAO) since January 2019. Prior to joining FAO, he was the World Bank Group Executive Director for Argentina, Bolivia, Chile Paraguay, Peru and Uruguay since November 2016 and before the Bank Dr. Torero led the Division of the Markets, Trade, and Institutions at the International Food Policy Research Institute (IFPRI). His major research work lies mostly in analyzing poverty, inequality, importance of geography and assets (private or public) in explaining poverty, and in policies oriented towards poverty alleviation based on the role played by infrastructure, institutions, and on how technological breakthroughs (or discontinuities) can improve the welfare of households and small farmers. His experience encompasses Latin America, Sub-Saharan Africa, and Asia.

Dr. Torero has received in 2000 the Georg Foster Research Fellowship of the Alexander von Humboldt Foundation, won the Award for Outstanding Research on Development given by The Global Development Network, twice, in 2000 and in 2002 and received the Chevalier de l’Ordre du Mérite Agricole in 2014.​

ABSTRACTS
Prospective participants are encouraged to propose papers, symposia, or posters in any area of applied bioeconomy research. Economists and other social scientists, biologists, policy makers, companies and students are encouraged to apply. The organizers are interested in proposals from Africa, China, India, the rest of Asia and Europe as well as the Americas.

Proposals shall be submitted in any topic related to the Bioeconomy. Click here to see the call for abstracts.